In simple terms, our planet is just a big ball of very hot stuff which, at the surface where it is exposed to space, has cooled to form crystalline solids  composed of minerals. Minerals in turn are combinations of elements, which are made of smaller particles, which are made of smaller particles, which are made of..... who knows what.
To be classified as a mineral, a substance must be an inorganic, naturally formed solid, with a specific chemical formula and a fixed internal structure. For example, coal is not a mineral (it's organic), but snow meets all five (5) requirements and therefore is a mineral. Everything we know is composed of one or more of the  98 natural occurring elements. A mineral is a naturally occurring substance, representable by a chemical symbol, that is usually solid and inorganic, and has a crystal structure.
​             A rock is a naturally occurring solid, composed of one or more minerals or mineraloids. Rocks are natural combinations of the 5,300 minerals that exist in nature.   Rocks are formed through three different processes that allows them to be classified in to three distinct types. All three types of rocks can be made up from the majority of the natural occurring minerals. These three classifications of rocks are:
1: Igneous
2: Metamorphic
3: Sedimentary
Igneous rocks are born in fire. They are formed in the wild smoldering cauldron deep within the earth where minerals are melted to a liquid state called magma. Magma which is less dense that surrounding solid rock tend to rise forcing its way to the surface. As this magma rises it cools and solidifies, producing a crystalline mixture of minerals. If magma is unable to reach the surface before it cools it forms a pluton. A pluton is formed miles under ground and forms larger crystals When a plutonic rock intrude through surrounding rock it is referred to as an intrusive igneous rock. When Igneous rock makes its way to the surface before it cools it is a volcanic rock.
Metamorphic rock, a term derived from the Greek word "meta", meaning change, and "morphe" meaning form,is another classification of rock. Most metamorphic rocks are the oldest formed during major mountain forming events when heat caused from the friction, and pressure caused from one plate of the earths crust sliding beneath another plate changes igneous rock. Igneous rock's form is changed. Certain metamorphic rock is form from extreme pressure only.
Over time all rocks break down into smaller particles or decomposes. Often the individual mineral concentrate together and over time resolidify. An example is quartz an igneous form of silica decomposes in to  sand, the sand solidifies into sandstone and over time the sandstone forms quartzite which is the metamorphic form of quartz.
The majority of rocks  spent time deep in the inferno miles below the surface of the earth. Some rocketed upward while other rocks oozed up through cracks in the crust and then pushed to the surface. Wind, rain, waves, and ice helped shape the rocks. Each rock and landform carries its own story within its composition and structure.
Common rock forming minerals are:
Feldspar
Quartz
Mica
Hornblende
Augite
Olivine
Calcite 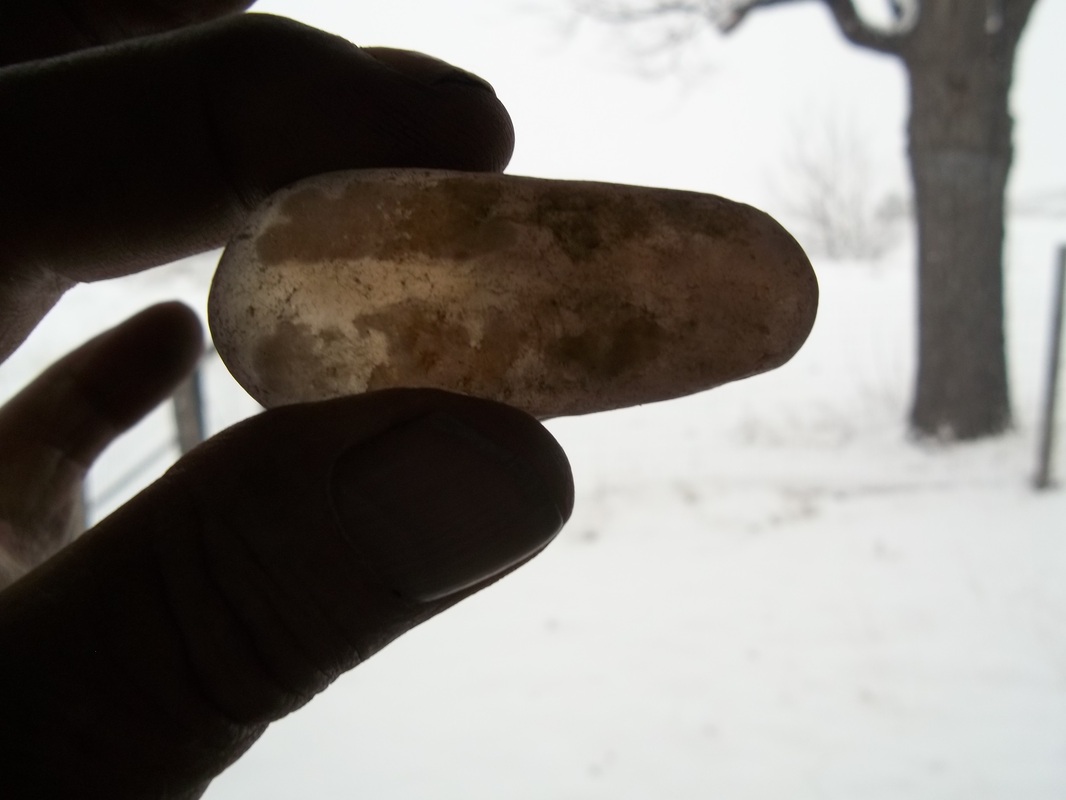 Quartz is the name given to a broad range of rocks that contain a high percentage of Silica (Si) and Oxygen (O). The most abundant mineral is feldspars the second most abundant mineral is quartz.
Pure quartz is 7 on Mohs Scale of hardness.
Pure quartz has a specific gravity of 2.65.
More information on Quartz can be found at: www.quartzpage.de
Major varieties of Quartz
Opal is the name for Si O2 H2O: Hydrated amorphous quartz - amorphous is a non-crystalline solid that lacks the long-range order characteristic of a crystal.For more information on opals please goto http://gemhunter.webs.com/opal.htm 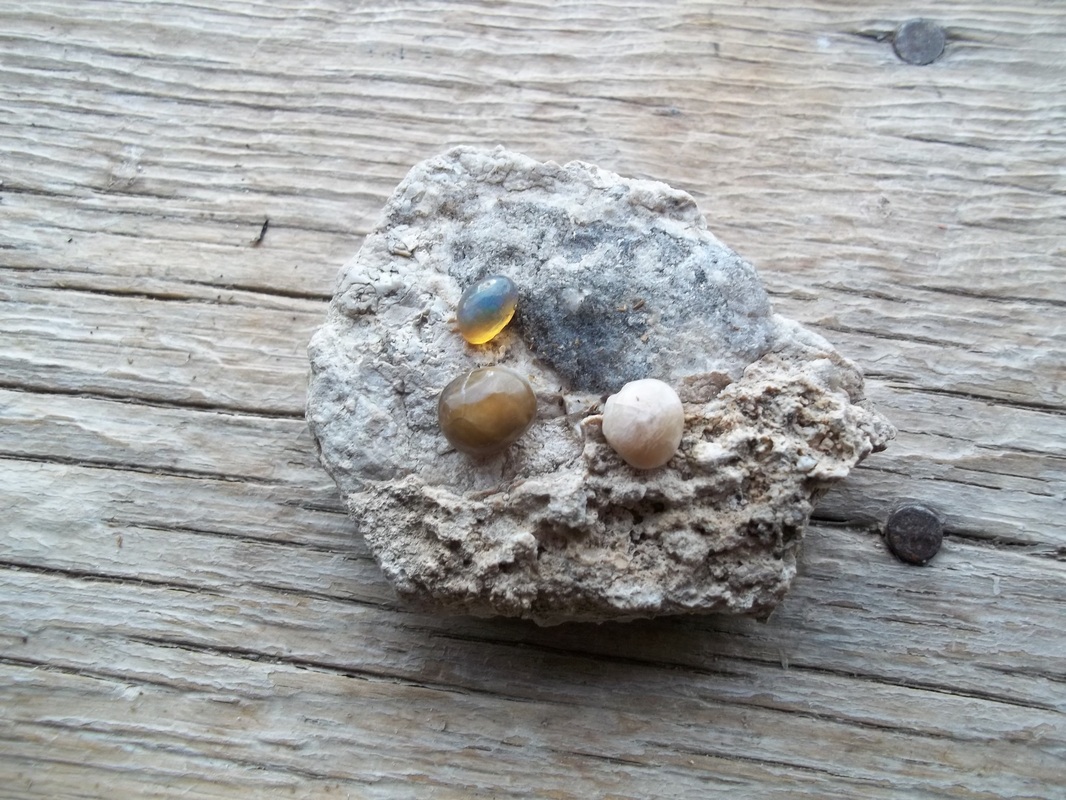 Cabochons setting on matrix found on Cedar Rim, Wyoming. This shows the different varieties of opal from this location.