History is a very strange subject to study, it is full of contradictions, makes one scratch his head and wonder just what actually happened.
​One has to understand that just because someone wrote an article in a newspaper, online, email, or a book  concerning some random subject does not make the event true, nor does it make the facts as stated in the article correct.
I guess you need to read all the information about a particular subject, and use the information to form your own opinion.

A glacial age is a period of long-term reduction in the temperature of the Earth's surface and atmosphere, resulting in the presence or expansion of continental and polar ice sheets and alpine glaciers. Within a long-term ice age, individual pulses of cold climate are termed glacial periods and intermittent warm periods are called interglacials. We are currently in an interglacial period that began 2.6 million years ago because the Greenland, Arctic and Antarctic ice sheets still exists.
The period immediately preceding the first humans coming into Colorado was the Ice Age Summer starting about 16,000 years ago. The landscape changed dramatically and most of the large animals such as the mastodon, mammoth, camels,sloths, cheetah, bison antiquus became extinct. Before the glaciers started melting they were over one mile thick. The melting glaciers uncovered the mountains, eroded the landscape, and created new river channels. Glaciers are not sold ice as often thought, they often will contain enormous reservoirs of water that when released caused drastic erosion events.
The melting of the glaciers caused a different climate, it would have been a lot more humid, there would have been a lot more rain and much more snow during the winters. The increased moisture would have resulted in a difference in the production of grasses and vegetation. The size of the grass seeds would have been much larger and numerous different varieties.
As the global warming continued, the lakes and savannas formed by the melt waters from the glaciers receded. Over hundreds of years this area changed into the dryer desert climate, the larger animals slowly became extent.
The early humans were forced to adapt to this climate change, instead of having the larger mammals to hunt for food and the bigger grass seeds and other fruits they changed their diet and utilized the less abundant sources of food or moved to better pastures..
In a gulch north of Owl Canon you can find cooking pits that were buried under 10 to 20 feet of dirt. A cooking pit is a small hole that was dugout in the ground, this hole was then lined with rocks. A fire was started in this pit, heating the rocks, after the rocks got hot, the charcoal was removed and the pit was filled with different grass seeds then covered over with dirt.  A few hours later the dirt cover would be removed and the cooked seeds could then be consumed. Undoubtable this gruel was not very tasty, but provided some carbohydrates. Perhaps chunks of meat was also added to this gruel. In this same area is found where at one time there was heating fires which are flat layers of charcoal - campfires.
Near this area a mammoth was found years ago.
​Once in a while you can find both Clovis and Folsom points exposed in the dirt, along with 'newer' points.
Be careful not to stumble over your own bluff..

December 1 through 5th,1913 Colorado was hit with the biggest snow storm in the history of the state.
The storm started slowly and soon brought the "Eastern Slope" to a halt.

King of the Weather
by Herb Gee
I'd like to be in Denver town
With bright lights shining all aroun'
Where life is never one bit slow;
But when they've got four feet of snow--
Please excuse ME
I'd like to go to city park
To hear the winter band, but hark
I'd never find a way to go
Through four feet deep of Denver Snow
So nothing doing
I'd like to drive a big coal cart
(Coal men are said to have no heart)
I'd like to sit up there and drive so slow
But through four feet of that fierce snow
Forget it
In Denver town I always find
A lot of things I do not mind
But What I'd rather do you know
Seeing there is four feet of snow
Is to stay right here at home.
Copied from
Steamboat Pilot December 10, 1913 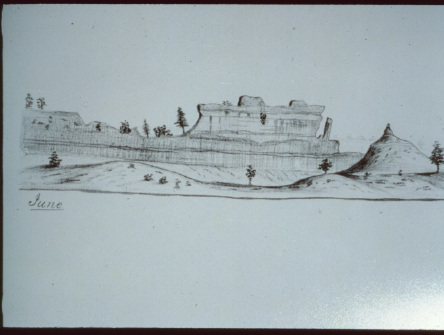 On June 23, 1850 William Quesenbury drew this picture of Steamboat Rock. 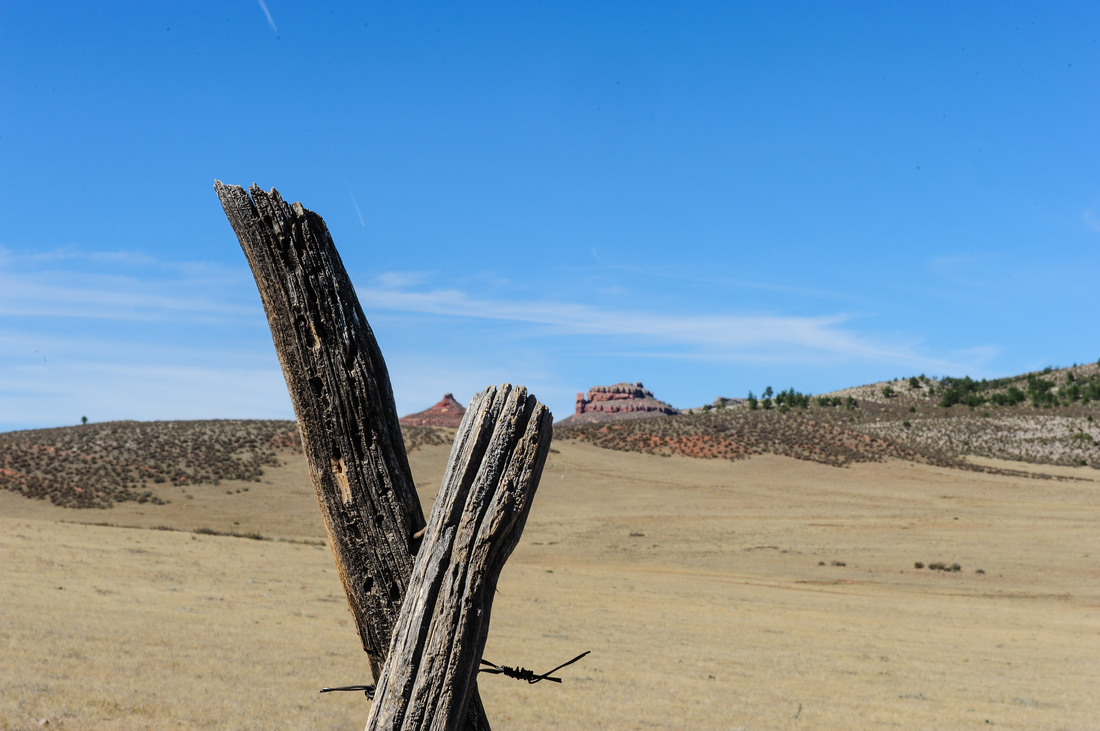 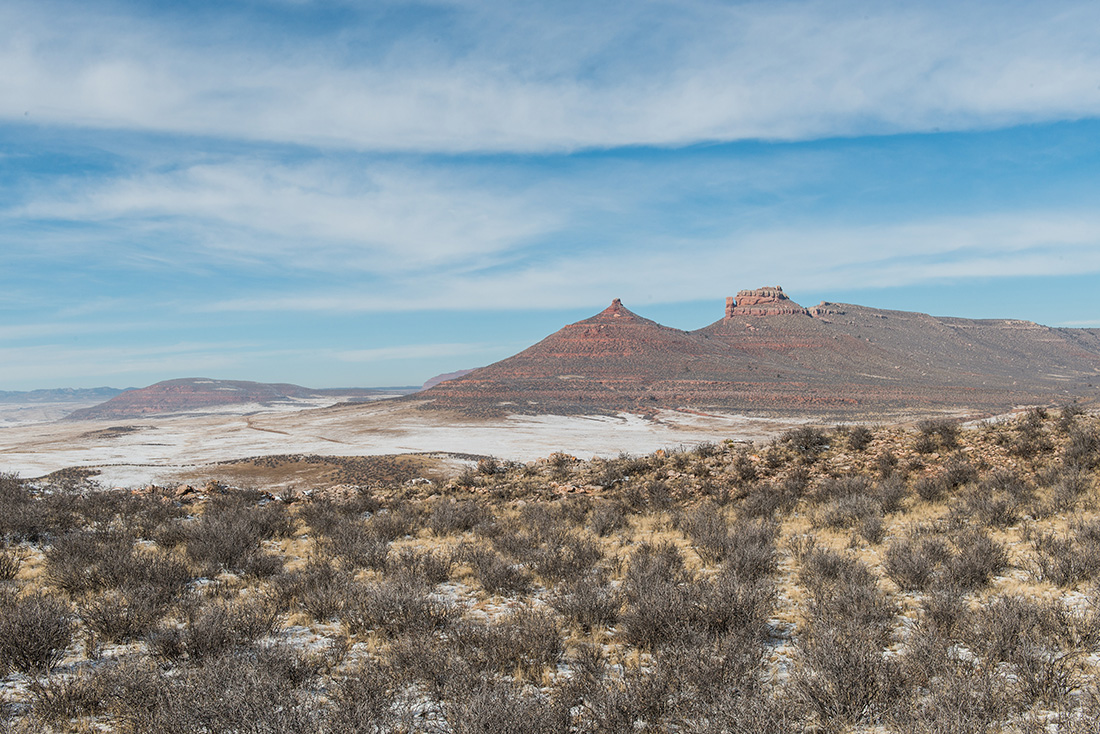 Some moments require us to just stop what we're doing
And breathe in the Wonder ...
In  "History of Larimer County Colorado" Ansel Watrous wrote:
"Steamboat Buttes which from a distance presents to view all the characteristics of a steamboat, with upper cabins, chimney, pilot-house, etc., he passer-by pausing unconsciously to hear the bell and the familiar cry of 'all aboard' before it shall start away."
The photo above was taken from the top of Greyback Ridge, near the head of the Devil's Washboard. Red Mountain is to the left of Steamboat Rock (Butte)  In the left center you can see part of a road - Fort Collins to Laramie City road which was also part of the Overland Trail, Cherokee Trail and War Road.
Ansel Watrous wrote in his book " History of Larimer County" about a Mr. Parks drive a herd of cattle up the War Road north from the Arkansas River. This track was followed by the Cherokee's and was renamed the Cherokee Trail, the Overland Stage Company used the trail north from Denver later on, renaming it the Overland Trail. Evidentually this track was used historically by the indigenous people of the area, after the invasion from Europe and the introduction of horses it was used as a north-south route.
Just to the south of where this photo was taken there is a large open grassy area that has over forty tee-pee rings from the horse era, along this ridge there are several smaller rock rings - pre-dating the introduction of the horse to the country.