Owl Canon Trading Post
Making a Agate Bobble
This small chunk of 'Honey' agate was found on the Poudre River by a friend of mine. She asked me what I could make out of it. OK so there is not actually an agate called honey, but I think the chunk looks like honey so I made up the name.This page will show the process I used to make a Bobble or pendent using part of this piece of agate. 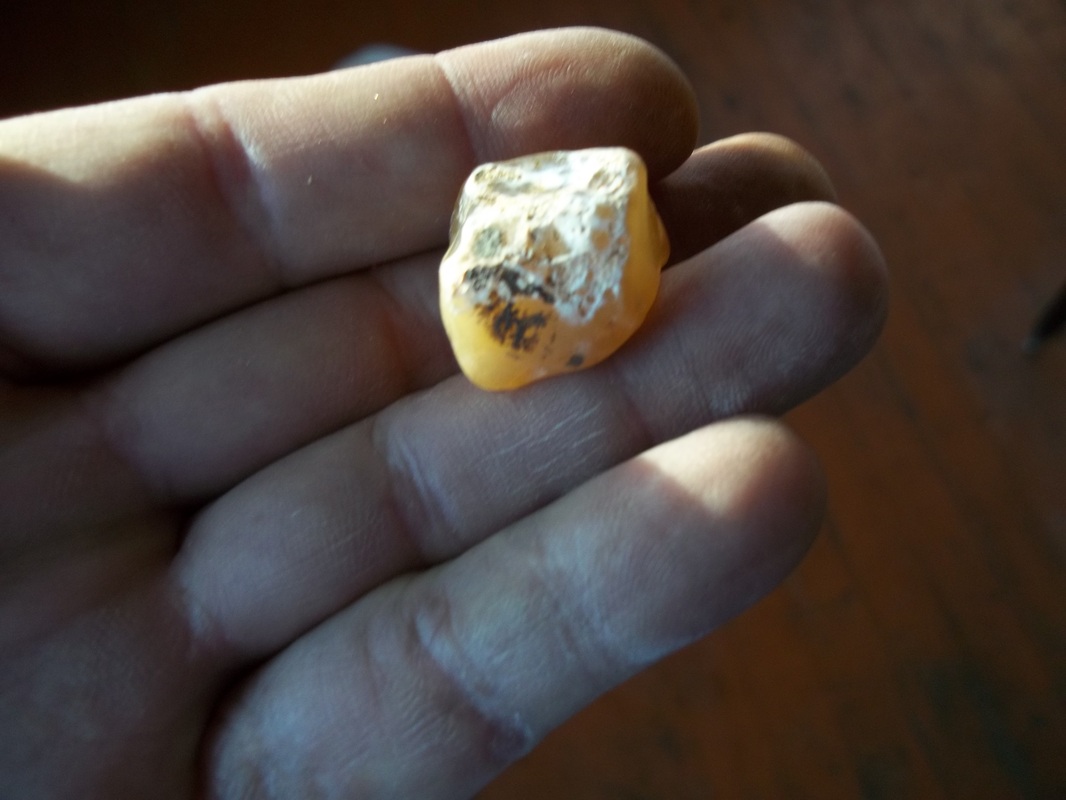 I started out by using my Diamond Demon cabochon machine to see if the rough piece would polish out nice. Because of it's small size I thought it would be easier on my finger nails to polish the surface before I cut it into a slab. 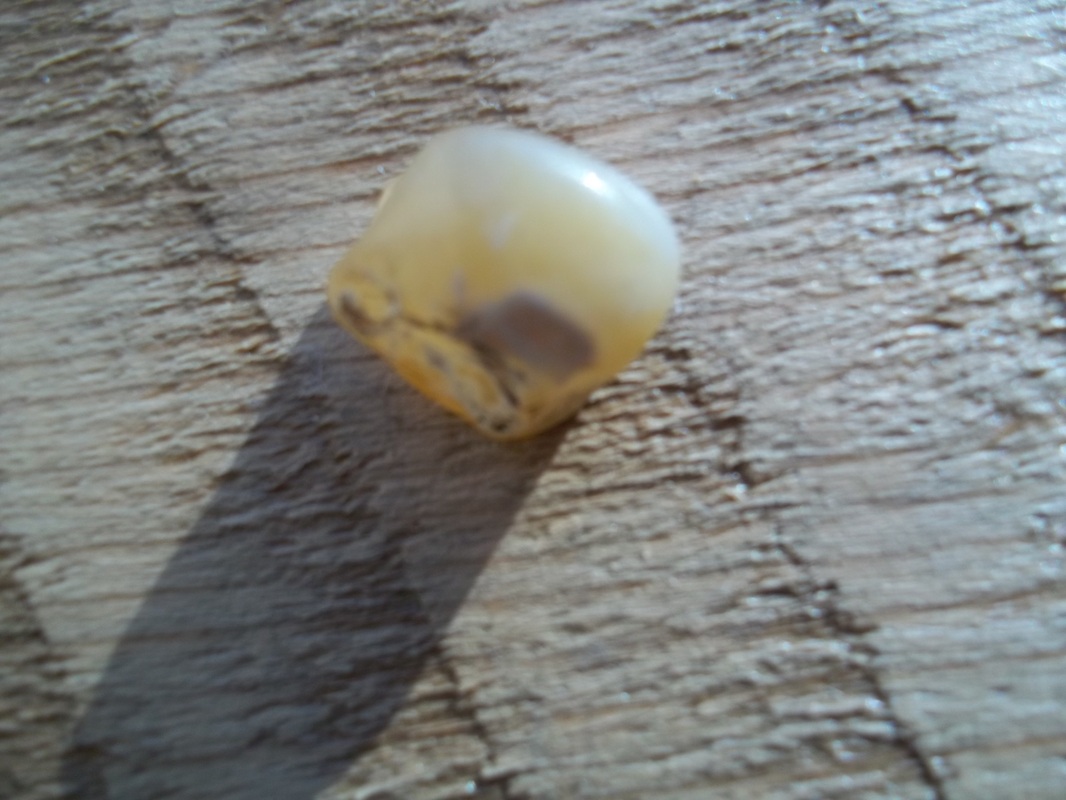 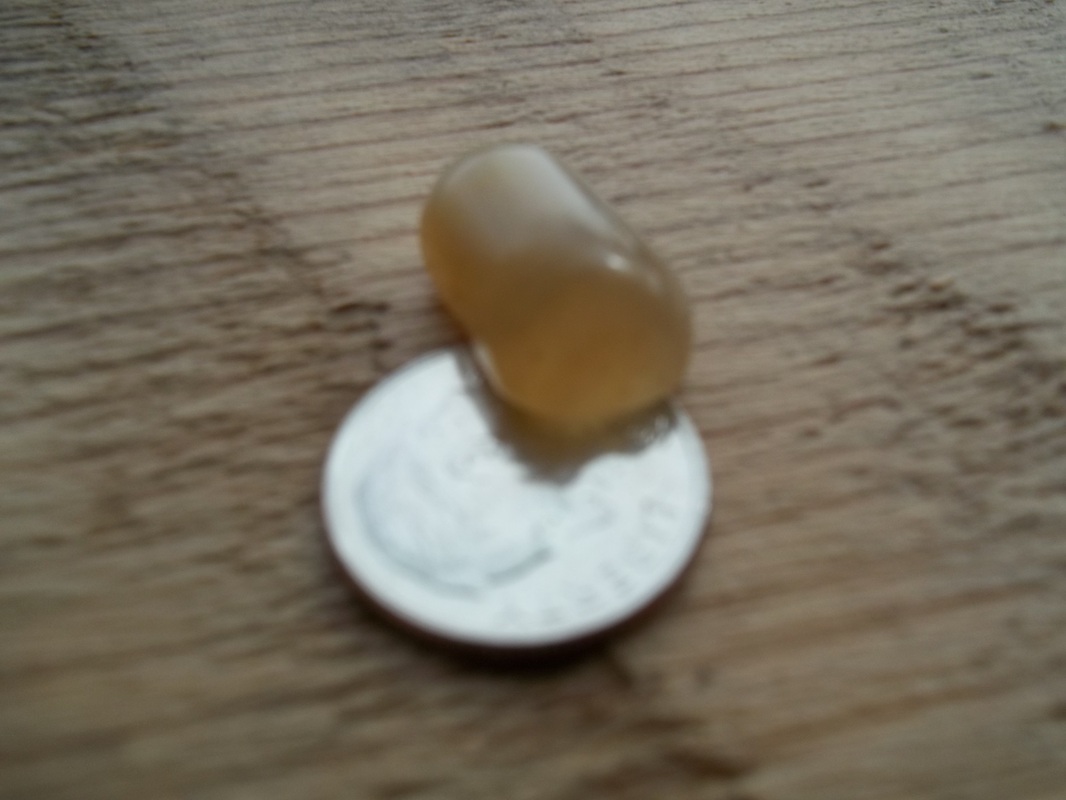 After sawing off the polished first slab I then carefully used my Graves Mark4 faceting machine to clean up the cabochons shape, I used the faceting machine because it is easier for me to see what I'm grinding,
I ended up with a nice cabochon, so my next step was to come up with a to show off the cabochon as a necklace. My thought was that wire wrapping would cover up too much of the cabochon with the wire. So I made a mount using a chunk of flat copper that I salvage from a piece of copper pipe that I flattened out. 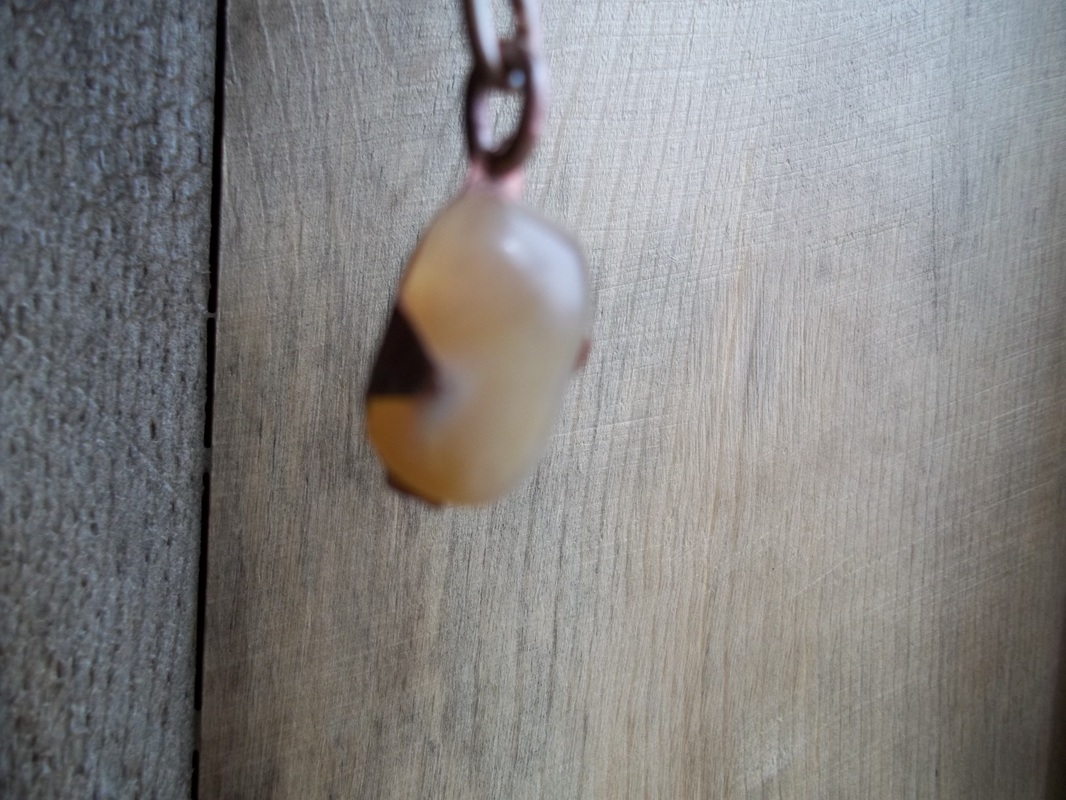 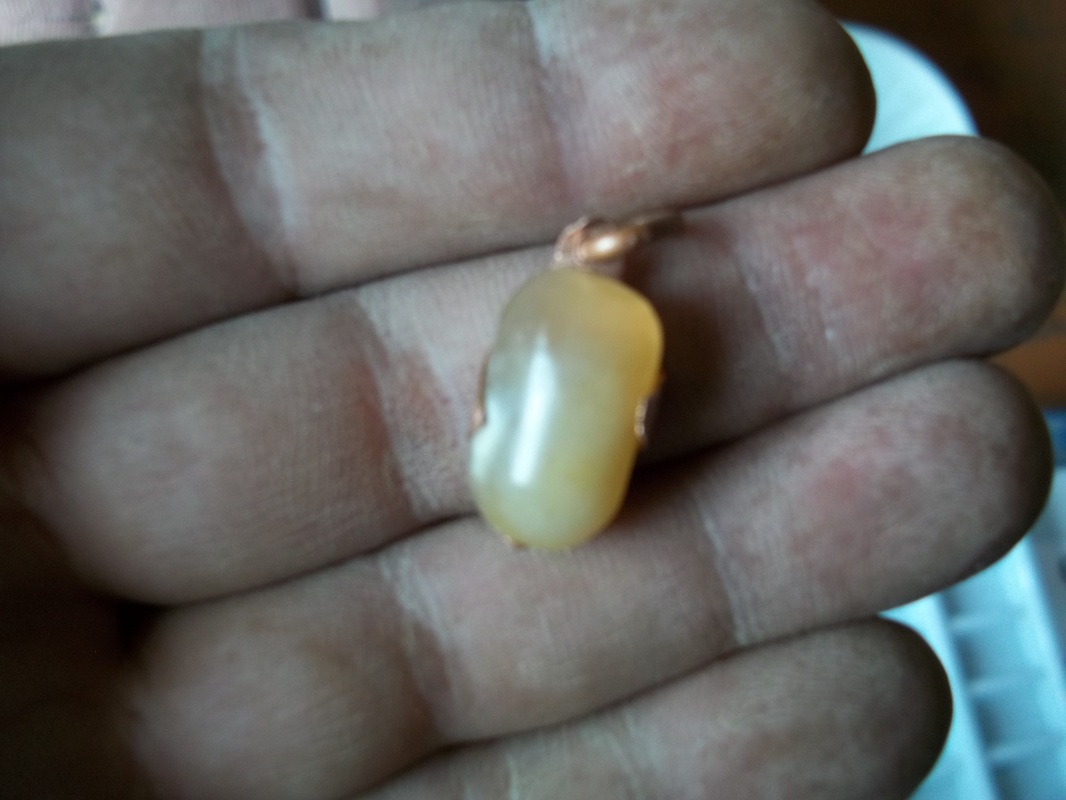 The copper backing- mount enhances the color of the agate, I'm pleased with how this necklace turned out.